A company and its director have been fined after a sub-contractor suffered serious burns from the steam of a boiler while working at a house in Braintree.

Chelmsford Magistrates’ Court heard how Pure Flame Solutions Limited was contracted to install and commission an oil-fired boiler in an out-building of the house. Daniel Clarke, the Director of Pure Flame Solutions, undertook this work. On 14 December 2016, a sub-contractor working nearby was seriously burned on 55% of his body when the weld on the boiler failed, releasing steam. 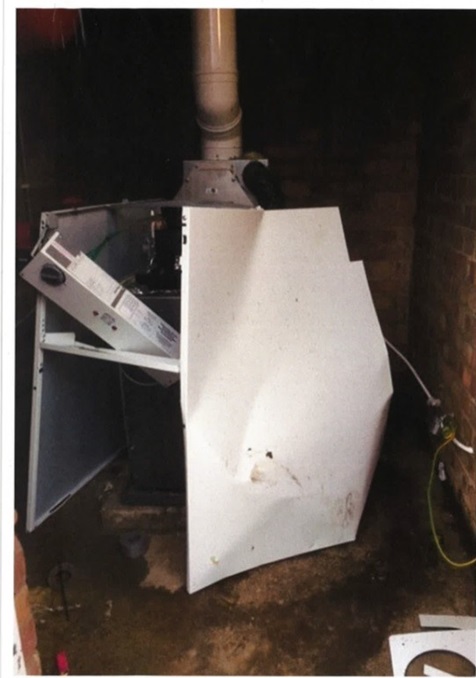 An investigation by the Health and Safety Executive (HSE) found that Daniel Clark carried out the installation in a way that the safety critical elements – the pressure relief valve and expansion tank – could be isolated from the rest of the system, contrary to the manufacturers’ installation instructions. Mr Clarke then failed to undertake a number of checks on the system, to ensure it was safe to commission. The boiler had become over-pressurised, causing the failure of a weld on the heat exchanger, and allowing super-heated water to flash off as steam.

Pure Flame Solutions Limited of Blue Barns Business Park, Ardleigh, Colchester pleaded guilty to breaching Section 3(1) of the Health and Safety at Work Act 1974. The company has been fined £2000 and ordered to pay costs of £2603.

Daniel Clarke of Langenhoe, Colchester pleaded guilty to breaching Section 3(1) (by virtue of Section 37) of the Health and Safety at Work Act 1974. He was ordered to undertake 150 hours of unpaid work in the community over the next 12 months and ordered to pay costs of £2603.

Speaking after the case, HSE inspector Jessica Churchyard said “The contractor’s injuries were life-changing, and he could have easily been killed.

“This serious incident could have been prevented had Daniel Clarke undertaken the necessary safety checks to ensure it was safe to commission the boiler. Companies should be aware that HSE will not hesitate to take appropriate enforcement action against those that fall below the required standards.”