Construction company Construction 360 Ltd was sentenced for safety breaches after a worker collapsed and lost consciousness while working at the site of King Asia Foods Ltd, Middle Bank, Doncaster.

Sheffield Magistrates Court heard how, on 11 January 2018, the worker was cutting a drain into the factory floor as part of the construction of a new processing room within the packaging area of the factory. He was using a petrol driven floor saw within an enclosed space (the open side had been covered by a tarpaulin). After a period of cutting, he felt unwell and subsequently collapsed losing consciousness. He was taken to hospital and was diagnosed with carbon monoxide poisoning. He also sustained bruising to his head, elbow and knees, and a cut to his elbow. 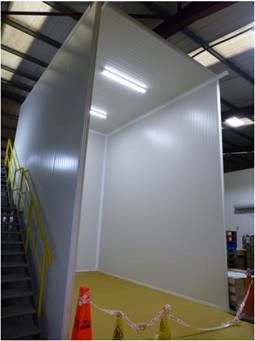 An investigation by the Health and Safety Executive (HSE) found that Construction 360 Ltd had failed to appropriately plan the work in the confined space of the processing room. Additionally, at the request of the director of Construction 360 Ltd, unsafe work at height had also taken place beforehand as the worker had accessed the roof of the processing room without suitable edge protection, or means of access, without checking the stability of the structure.

Construction 360 Ltd of Eastoft Road, Cowle, Scunthorpe, North Lincolnshire pleaded guilty to breaching section 2(1) of the Health & Safety at Work etc Act 1974. The company has been fined £15,000 and ordered to pay £1805 in costs.

After the hearing, HSE inspector Sarah Robinson commented: “This incident could so easily have been avoided by simply carrying out correct control measures and safe working practices.

“The company failed to appropriately plan a safe system of work for the task being carried out.”