A self-employed builder has today been given a suspended jail sentence after a three-year-old girl suffered severe head injuries when a length of timber fell on her whilst being hoisted up the outside of a scaffold.

Brighton Magistrates’ Court heard how on the 6 July 2018, the girl, and her mother, who was pushing her daughter in a buggy, were walking along Preston Street in Brighton. As they passed scaffolding, erected on the pavement for refurbishment work to a flat above, the length of timber fell from approximately ten metres in height striking the girl on the head.

The three-year-old suffered life changing injuries. While she has made a significant progress, it is not yet known whether she will make a full recovery. 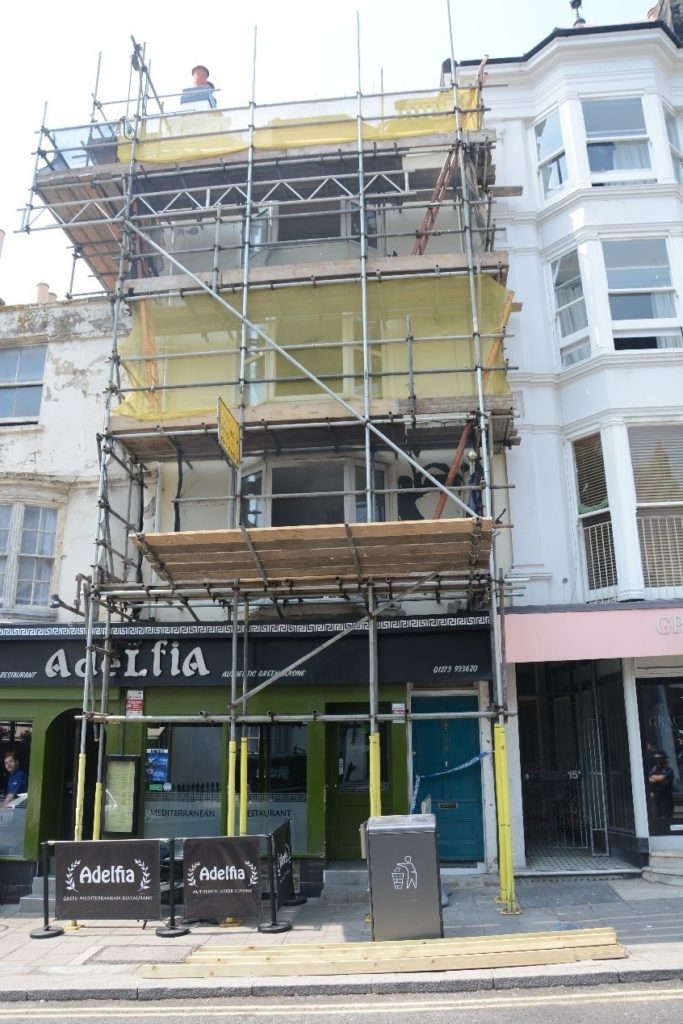 An investigation by the Health and Safety Executive (HSE) found that the builder in control of the works was Grzegorz Glowacki, who had tied the length of timber to a rope for lifting up the outside of the scaffold using a pulley system. However, the knot used was not suitable, and the timber slipped out, falling to the ground, but there was no exclusion zone in place to prevent persons being underneath the load, in case of such a problem.

Mr. Glowacki of Rugby Road, Brighton, pleaded guilty to breaching Regulation 8 (1) of the Lifting Operations and Lifting Equipment Regulations 1998. He was sentenced to six months imprisonment, suspended for 18 months, plus 220 hours of unpaid work. He was also ordered to repay full costs of £5727.92.

“This horrendous incident would have been the last thing on the minds of this little girl and her mum as they set off for a fun day out at the beach. The impact this incident has had on the girl and her family was easily prevented by simply stopping people from walking beneath the suspended timber whilst it was lifted. This risk should have been identified by Mr. Glowacki.

“Companies and individuals should be aware that HSE will not hesitate to take appropriate enforcement action when members of the public are needlessly put at risk.”